Because my FMP environment is based inside a building more specifically inside an post apocalyptic leisure/activities center I’ve started to look at existing architectural floor plans. Looking at various floor plans will help me develop my own area/floor plan and it helps me see how there meant to be done as well as making the layout I create more realistic. Here are just a few I was looking at from Google images:

I was also looking at floor plans from leisure centers to give me an idea of the layouts and what rooms they have.

Some extra floor plans I looked at and liked because of the 3D element: 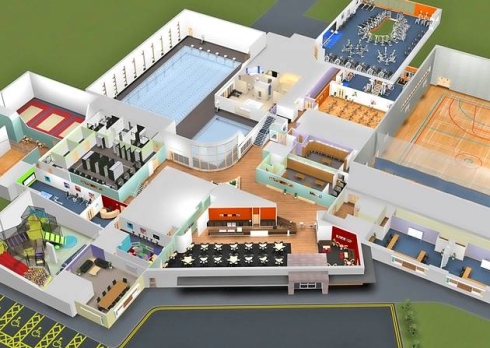 I’ve been looking at some existing leisure centers for reference and inspiration rather then just trying to design one of the top of my head. I’m looking at real world examples of the buildings because it’s difficult to find examples in video games, especially of the exterior. 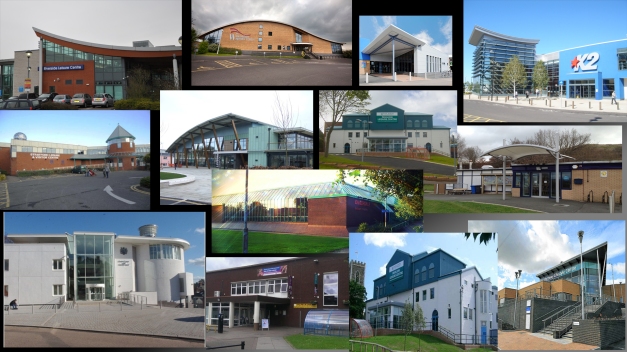 I looked at some of the architecture in the map Stoneshill on Chivalry Medieval Warfare because it’s a similar look and design to what I have been planning, here are some screenshots I got.. 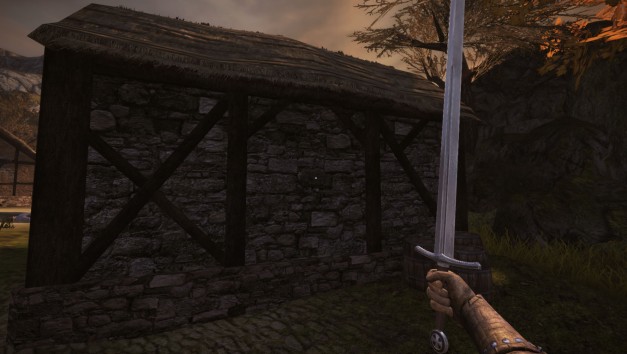 I like the variations in wooden support beams, especially in the first image as it’s a none uniform design and looks like it’s been rushed or built by someone who wasn’t a builder. 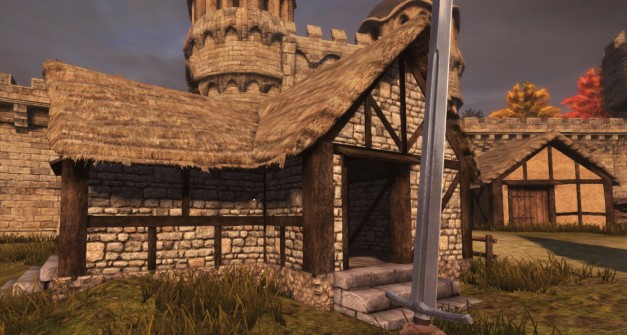 A slightly larger building with a different style of roof adds some variation to the environment. 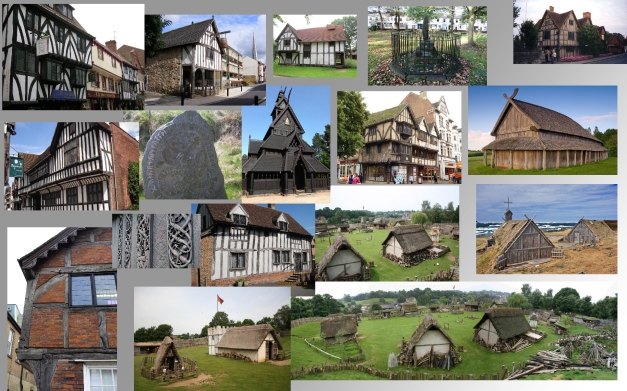 The images at the bottom right are more like the short of design I had in mind but I will look to mix and match different architectural elements as it is a fantasy setting and doesn’t need to be completely accurate to a certain style.

This is just a quick update of where I am in the project since I wasn’t able to put my building into the map for the group critique. In the first half of the project the buildings parts I had created where longer then Matt’s station arches which was a problem because I had to delete some pieces and stretch others, I’ve fixed this by putting the correct amount of arches in my max file and rebuilding some of the building parts to fit that scale. 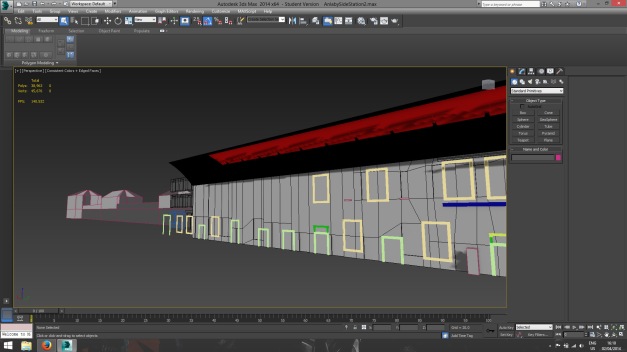 The floating door frame at the end shows where the end of my old pieces ended, I’ve decided to change a lot of the inside wall as I was not happy with it, it only needs to be textured again though.

The building as a whole is more or less fully modeled but there will most likely be some changes whilst I’m texturing it.

I’ve started texturing the outside now (at last), It will hopefully be finished fully finished by the 15th if there aren’t any major problems.

I intend to create a 2 storey building that has a shop on the bottom floor and a living space on the top floor. The shop will be a junk/pawn/ sells any old thing type of shop or it will be a seaside type shop that has inflatables and summer toys, I think I could try and do a mix of both. This will give me the option to have assets on the street, like chairs, tables, beach balls this obviously depends on what type of shop it ends up being though. I plan it to be a very old run down building and you can physically see that it doesn’t get much business anymore and is on its last legs.

The upstairs of the building will be the same; you will be able to see the age of the building, maybe having old wooden windows that have rotted and even boarded up windows. I want the building to look like one of them shops where you are like ‘who would actually go in there’ but then if you do actually go in you could find some interesting items.

Posted by ryanglover92 on March 12, 2013
Posted in: Crafts and Media Technologies 2. Tagged: Architecture, High Street, The Street. Leave a comment

What makes up a high street? I think it is normally made up of a number of different factors and places. These include shops, banks, bakeries, charity shops, sandwich shops, paper shops, hairdressers and many more places, sometimes even accommodations, it’s a multipurpose area. These shops are often independent businesses, especially in smaller towns rather than cities; this gives you a wide variety. It will normally be in a place that is easily accessible by the mass market; the most common place is town centers because they get the most foot traffic. It wouldn’t be beneficial to have the high street on the edge of town or city because it would only get business from people who live close to it.

I went out to look at the Withernsea high street (Queen Street) which is the high street local to me. It is situated in the center of the town so it easily accessible for everyone and is also close to the promenade. It is currently used by people who live in the town; I’d say it’s most popular for grocery shopping at Aldi, Banking at the numerous different banks and general little errands for example buying new curtains at the textiles store. It is also used by a lot of high school kids because it is just up the road and they come down for dinner and use the bakeries, chip shops, takeaways and newsagents for drinks and sweets. During the night most of the high street will be closed, the betting shops will stay open till 10 and so will the takeaways, on weekends the takeaways will stay open late for the people who have been out in the pubs.

Over the recent years the high street has been getting more and more run down. There used to be a lot more people around, I think this is due to the Tesco’s opening at the other side of town taking business away from the area. A lot of businesses have closed down and reopened as something else as most small time businesses struggle, especially with the recession. I can’t really see the high street changing too much in the years to come unless there is some heavy investment; to me it seems to be getting worse and worse. I believe this because a lot of the town’s income was from tourism and since holidays abroad have become relatively cheap there aren’t that many tourists anymore. 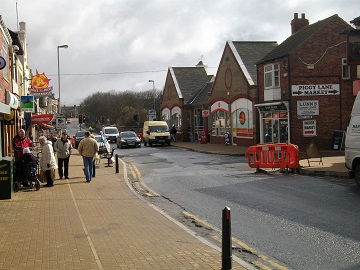 I think a quite interesting building of the street is the smiles for miles amusements (Teddys) it’s one of the bigger buildings on the street and competes with the full strip of amusements just around the corner. It looks very run down from the outside and has a lot of cracks in the walls with a paint job over it to try and make it look better, it seems to be a very old building. It’s multipurpose and has a café of the bottom floor near all the arcade machines, upstairs is a bar and snooker and darts hall, this is used on a night for snooker and darts leagues. 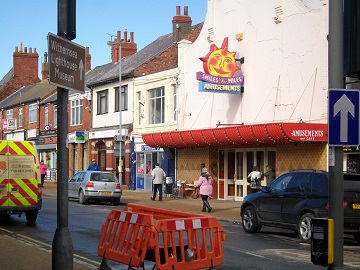 Down the street itself for possible gameplay mechanics there are many alley ways and little side streets to go down which are used to get to different areas. One of the alley ways is between the Aldo and the post office and can easily be missed but it leads you to the car park so you have multiple ways to get there. Behind the back of the high street is a long alleyway that goes behind all of the street, it has back exits, balconies and fire escapes for all of the places and reminds me a little of something you would see in Grand Theft Auto. 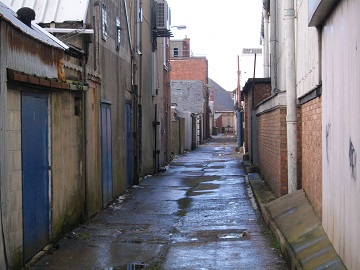 Some other images i got: 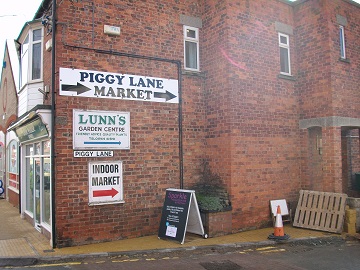 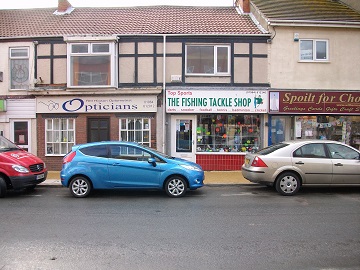 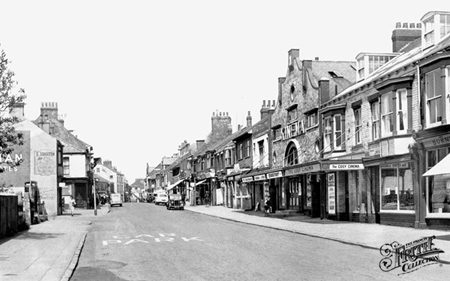 An independent video game studio in Portland, OR

My world, the people, the places, the technology, the culture, the wars, the weapons, the deaths and births of many characters.

Work, Work and Work some more.

...(was) just a games design student